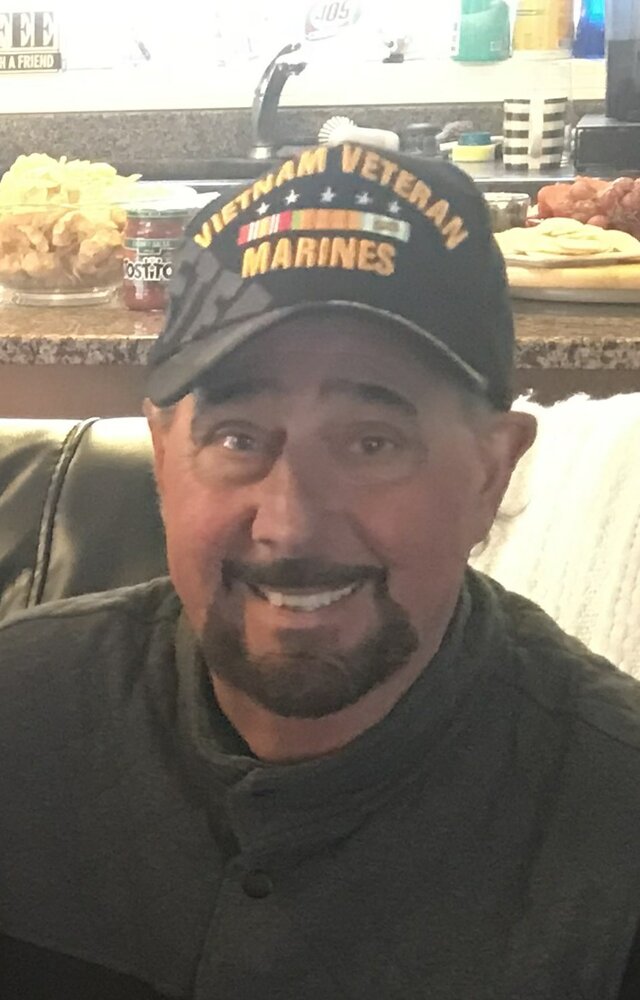 Please share a memory of Armen to include in a keepsake book for family and friends.
View Tribute Book

He was born and raised and spent most of his life residing in New Britain, CT. He graduated from Pulaski High School in 1964. Following high school, he joined the United States Marine Corps, serving 14 months in Vietnam during the war. He was awarded many decorations during his tour of duty in Vietnam, including 2 Purple Hearts. He was a member of the Marine Corps League Commanders Club for Disabled Veterans.

Following his return from the Vietnam War and Honorable Discharge as an E-5 Sergeant of the United States Marine, he went to work with his father and two brothers at the family business, The Epicure Market in Farmington, CT. His professional career was centered around the food industry with numerous roles. He enjoyed the professional relationships he developed over the years especially those at the Berlin Fair, Bayram’s Restaurant at Stanley Golf Course, and Cigna.

Armen was an avid golfer after taking up the game following his return from Vietnam. He was very proud of some of his accomplishments as a player including missing qualifying for the Sammy Davis Greater Hartford Open by one shot as an amateur, finishing runner-up in the state Father-Son Championship, recording three holes-in-one, and winning the Club Championship at Tunxis Golf Course in 1972.

In his later years he worked as a starter at Timberlin Golf Course in Berlin, CT alongside his son Marc Samuel. Having the opportunity to work for his son brought him great joy and he cherished all his friendships built over his years employed at Timberlin Golf Course. Picking up his grandsons Marc Warren and Max at the bus stop at the golf course and taking them golfing was one of his favorite things to do and he adored them dearly.

He is survived by his wife Barbara Bayram or “Babs” as he called her. They enjoyed going on vacation in Hilton Head SC, and the highlight of their weekends since 2013 was spending time together with their grandchildren. Armen is also survived by his son Marc Samuel (Ashley) Bayram, his siblings Steven (Mary Ann) Bayram and Debbie Bayram Reynolds, his nieces Melissa (Richard) Bayram and Cheryl Bayram, and the light of his life, his beloved grandchildren Marc Warren and Maximus Bayram. Armen is predeceased by his brother Paul Bayram.

In lieu of flowers, donations may be made to PGA Hope, an organization near and dear to Armen’s heart that introduces golf to Veterans and Active-Duty Military to enhance their physical, mental, social, and emotional well-being. Carriage House, 931 Main St, South Glastonbury, CT 06073.