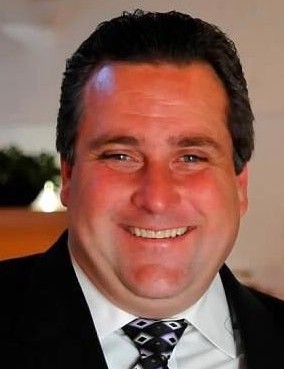 Patrick Glynn McNamara, 53, of New Britain, passed away unexpectedly on Saturday, September 21st.   The beloved son of Joanne (Rustico) McNamara and the late Richard McNamara, Patrick leaves the light of his life, his daughter Avery Rose McNamara of Meriden.

In addition to his daughter, Patrick is survived by his brothers Kevin McNamara and his husband Craig Nowak of Kensington, and Keith McNamara of New Britain.  He also leaves his nephew Keith Jr. and nieces Kassidy and Karley, along with their mother, Michelle McNamara, all of Newington, as well as Avery s mother, Christina Rossetti.

Patrick attended Plainville and New Britain schools and worked for many years alongside his brother Keith in the construction industry. He will be remembered for his warmth, his huge heart, his sense of humor, as well as his love for cooking and the meals he loved serving his family and friends,  Patrick had an enormous network of friends, an

impressive memory and an uncanny ability with numbers. He adored spending time with Avery and his nieces and nephew who talked with him daily and called him first when they needed advice.

Patrick also leaves his aunts and uncles Bill Rustico, Jack and Jeannie Rustico, Thomas and Phyllis Rustico, Mary Rustico and Joan Adams, Joseph and Teresa Rustico, Peggy and Howard Asal, John Podbielski, Kathryn McNamara and Diane Alverio Melley. Patrick was one of 28 first cousins who share countless memories of happy times together and will miss him dearly.  Pat was predeceased by several aunts and uncles and a cousin, Christopher Rustico.

Funeral services will be held Saturday (Sept 28th) starting at 9AM from the Farrell Funeral Home 110 Franklin Sq. New Britain with a Mass of Christian Burial at 10AM at Holy Apostle Parish (St. John the Evangelist Church) 655 East St. New Britain. Burial will follow in St. Mary’s Cemetery, New Britain. Visitation will be held Friday (Sept 27th ) from 4:00 – 7:00 PM at the funeral home.

In lieu of flowers, the family has set up a scholarship fund for Avery at: People’s United Bank 930 North Colony Rd. Wallingford, CT 06492 Attn: David Conner.

To send flowers to the family or plant a tree in memory of Patrick McNamara, please visit Tribute Store
Friday
27
September