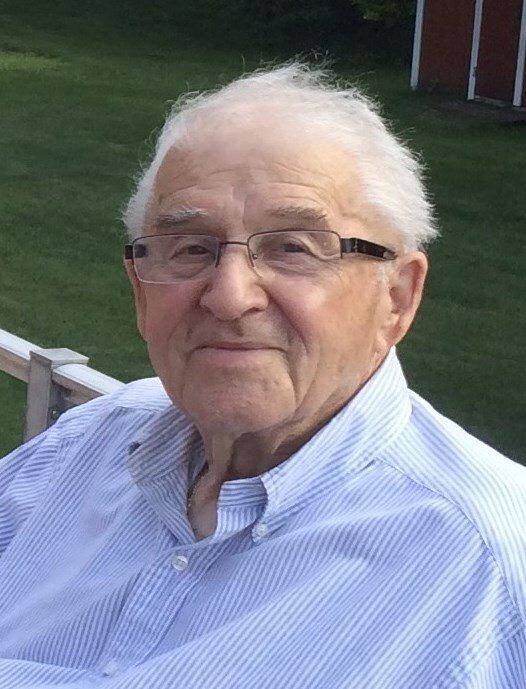 Please share a memory of Raymond to include in a keepsake book for family and friends.
View Tribute Book

Raymond G. Kramer, 94, of Berlin, died peacefully surrounded by his loving family on Saturday, Dec.10, 2022. Born in New Britain, the son of the late Michael and Karoline (Forjan) Kramer, he lived all his life in New Britain and Berlin. He was a graduate of Trinity College and University of Hartford. As an educator, Ray spent his thirty-seven-year career in the New Britain School System at Slade Middle School as a math teacher and guidance counselor. He was member of St. Paul’s Church and also served his Country in the U.S. Army during the Korean Conflict.

Raymond loved spending time with his family, travelling with friends and family and music. He had great faith and was actively involved in All Saints Church in New Britain prior to moving to Berlin.

His greatest joy was spending time with his beloved grandchildren. He will be deeply missed.

Friends and family are invited to a Mass of Christian Burial on Thursday (Dec. 15, 2022) at 12:00 noon at St. Paul’s Church, Kensington. Entombment will follow in St. Mary Cemetery, New Britain. Visitation will be Wednesday from 4:00 to 7:00 PM at the Farrell Funeral Home 110 Franklin Sq. New Britain. Donations may be made to St. Paul’s Church 485 Alling St. Kensington, CT 06037.