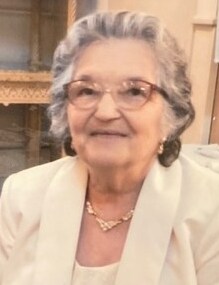 Please share a memory of Wieslawa to include in a keepsake book for family and friends.
View Tribute Book
Wieslawa J. (Niemiec) Puzio, 82, of Berlin, died Thursday (Sept. 29, 2022) at home. Born in Poland, the daughter of the late August and Stanislawa (Buchacz) Niemiec, she lived in New Britain and Berlin most of her life. She is the wife of the late Richard Puzio. During her career, she worked at Skinner Valve and Kenney Manufacturing. Family was the most important thing to Wieslawa, she raised her children and help raised all of her grandchildren. Mrs. Puzio is survived by her daughter Krystyna and her husband Stephen Munson of Berlin; her sister Maggie Sgro of West Hartford, three brothers Walter and his wife, Alicja Niemiec of Ohio, Stanley and his wife, Urszula Niemiec of Wethersfield and Joseph Niemiec; 8 grandchildren, 5 great grandchildren and several nieces and nephews. She was predeceased by her two sons Waldemar Puzio, Richard Puzio, Jr. and her sister Theresa Niemiec, and a brother Charles Niemiec. Funeral services will be held Wednesday (Oct. 5, 2022) 9:00 AM from the Farrell Funeral Home 110 Franklin Sq. New Britain, with a Mass of Christian Burial at 10:00 AM at Sacred Heart Church 158 Broad St. New Britain. Burial will follow in Sacred Heart Cemetery, New Britain. Visitation will be Tuesday from 5:00 to 7:00 PM at the funeral home.
To plant a beautiful memorial tree in memory of Wieslawa Puzio, please visit our Tree Store
Tuesday
4
October