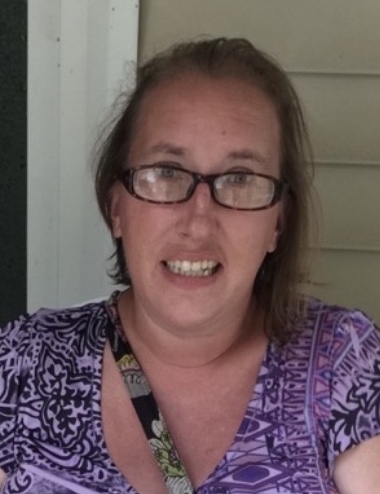 Please share a memory of Darlene to include in a keepsake book for family and friends.
View Tribute Book
Darlene Ann Jackson, 46 years old, a resident of both New Britain and West Hartford, Connecticut for equal parts of her life, passed away at her long time residence on the morning of Wednesday June 22, 2022. Darlene Jackson was born February 12, 1976 in New Britain, Connecticut. She attended New Britain High School where she earned her diploma and continued on to complete an Associate’s Degree at Tunxis Community College of Farmington, Connecticut. The degree that she earned was in Business. Although Darlene struggled with her mental health beginning in her young-adult life, she was a dedicated employee at Shaw’s Supermarket for many of the following years before they closed for business several years ago. Darlene is predeceased by her father Ronald W. Jackson who was also lost recently after a brief illness in 2020, her uncle Neil L. Jackson, aunt Bonnie (Mariellen Jackson) Hooper and uncle George Hooper II, cousin George Hooper III, her aunt Janet (Allen) Mortimer, and Janet’s husband Warner Mortimer. Darlene is survived by her mother Jane (Allen) Jackson, her older and only sister Lisa Jackson, and her adult niece and nephew, who was also her god-son: Olivia Camacho and Nicholas Jackson of New Britain, Connecticut. She also leaves behind her paternal uncle, Russell and aunt Sherry (Hammerich) Jackson of Green Cove Springs, Florida; her maternal aunt Margaret (Allen) Albrecht and uncle William Albrecht; and a long list of other loved ones. This includes her life long friend and fiancé at one time, also of West Hartford, Matthew Bingham. Darlene never did marry, but she was a social butterfly who found a friend in everybody she met. Whether you were a friend, family member or just someone crossing paths with her that day, you could always count on an entertaining and engaging conversation. Her immediate family members will deeply miss her and her laughable lovable quirks. In her free time, Darlene always enjoyed doing puzzle books, any one but Sudoku; she could read an entire chapter book in one sitting, and if you were looking for her- her favorite place was the Westfarms mall. More specifically, Bath & Body Works. While her time here with us was cut short, we are extremely blessed to have had her for all of these years. There has never been a time where we could not count on her phone call at dinner time or a big lug hug when we picked her up to visit. She is a very special angel whom we will hold near and dear to our hearts until we are called home ourselves. We are confident she’s safely arrived in her father’s arms in Heaven. A celebration of life will be held on Thursday (June. 30, 2022) with calling hours beginning promptly at 9:00 AM from the Farrell Funeral Home, 110 Franklin Square, New Britain- with a brief service in the same location starting at 10:00 AM. This will be a closed casket visitation but we invite you to come and celebrate Darlene’s treasured life with us. Burial will be at Calvary Cemetery on Bow Lane in Middletown directly following this service.
To plant a beautiful memorial tree in memory of Darlene Jackson, please visit our Tree Store
Thursday
30
June