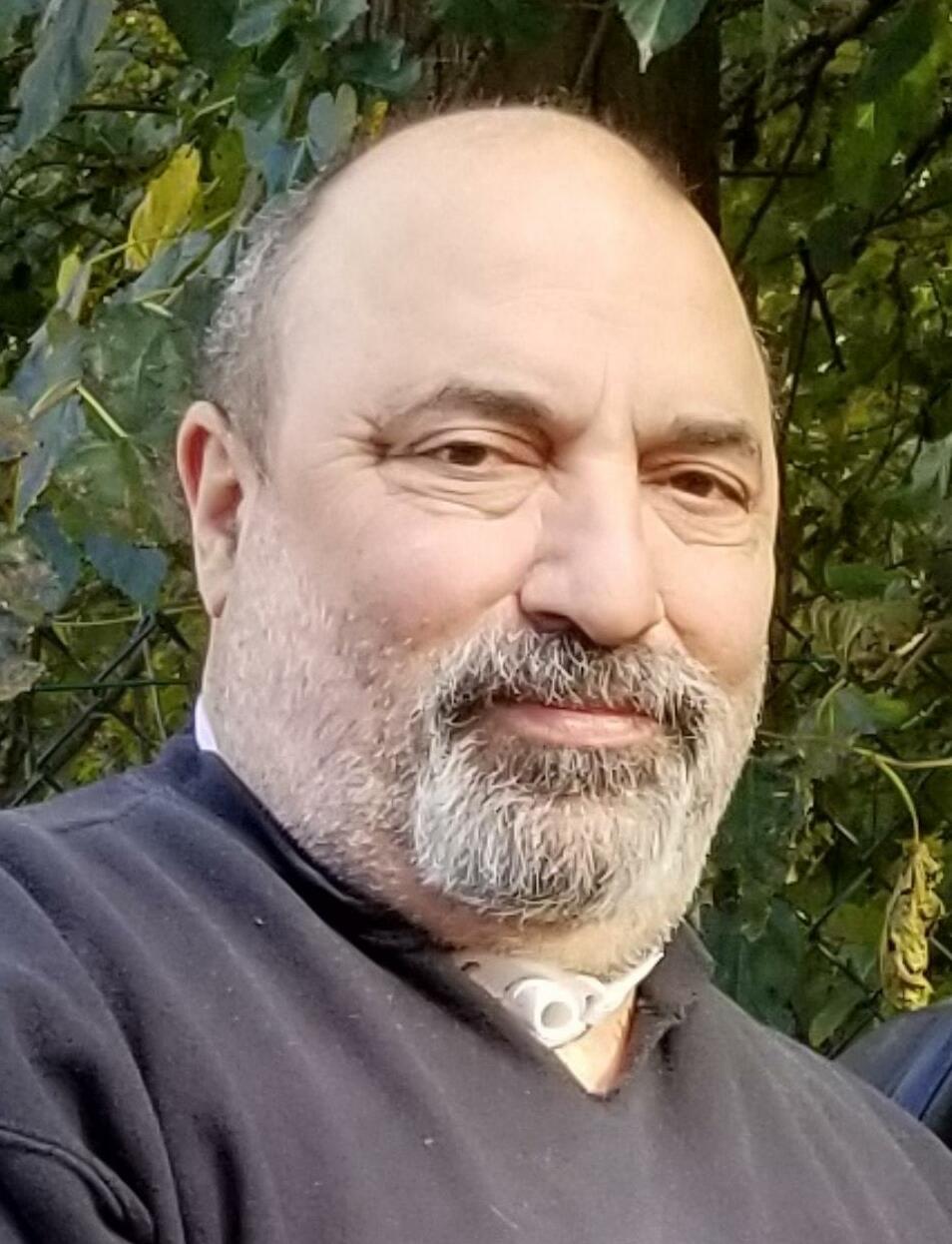 Please share a memory of Santo to include in a keepsake book for family and friends.
View Tribute Book
Santo J. “Sam” DeFelice, Jr., 66, of Bristol, died Saturday (June 11, 2022) at home. Born in New Britain, the son of the late Santo and Manuella (Pizzarusso) DeFelice, he attended New Britain schools and moved to Bristol in 1976. He was a Jet-Engine Technician for many years at Pratt & Whitney, in Southington, Cheshire and Middletown. A U.S. Navy veteran, Sam was a long time member and Past President of the Italian Fraternal Society , a member of the Southington Sportsman Association, a former member of the Generale Ameglio Civic Association and the Knights of Columbus Council #32. Sam is survived by his wife, Lyne (Blouin) DeFelice, his son, Sam DeFelice of Harwinton, his daughter Carly DeFelice of Bristol, his grandchildren, Logan, Taylor, Samara, Mia, Norah, Sophie and Dominic and his special dog, Tai. In addition to his parents, Sam was predeceased by his brother Frank DeFelice. Funeral services will be held Tuesday (June 21, 2022) at 10:00 AM at the Farrell Funeral Home 110 Franklin Sq. New Britain. Burial, with Military Honors will follow in St. Mary Cemetery, New Britain. Visitation will be Monday (June 20th) from 5:00 to 7:00 PM at the funeral home. In lieu of flowers, donations may be made to the Patriot Guard Riders CT c/o Marcia Young, Treas. 8 Brenda Lane Old Saybrook, CT 06475 or to the Italian Fraternal Society Scholarship c/o New Britain High School Foundation attn: Mariam Reyes 110 Mills Street, New Britain 06051.
To plant a beautiful memorial tree in memory of Santo DeFelice, please visit our Tree Store
Monday
20
June