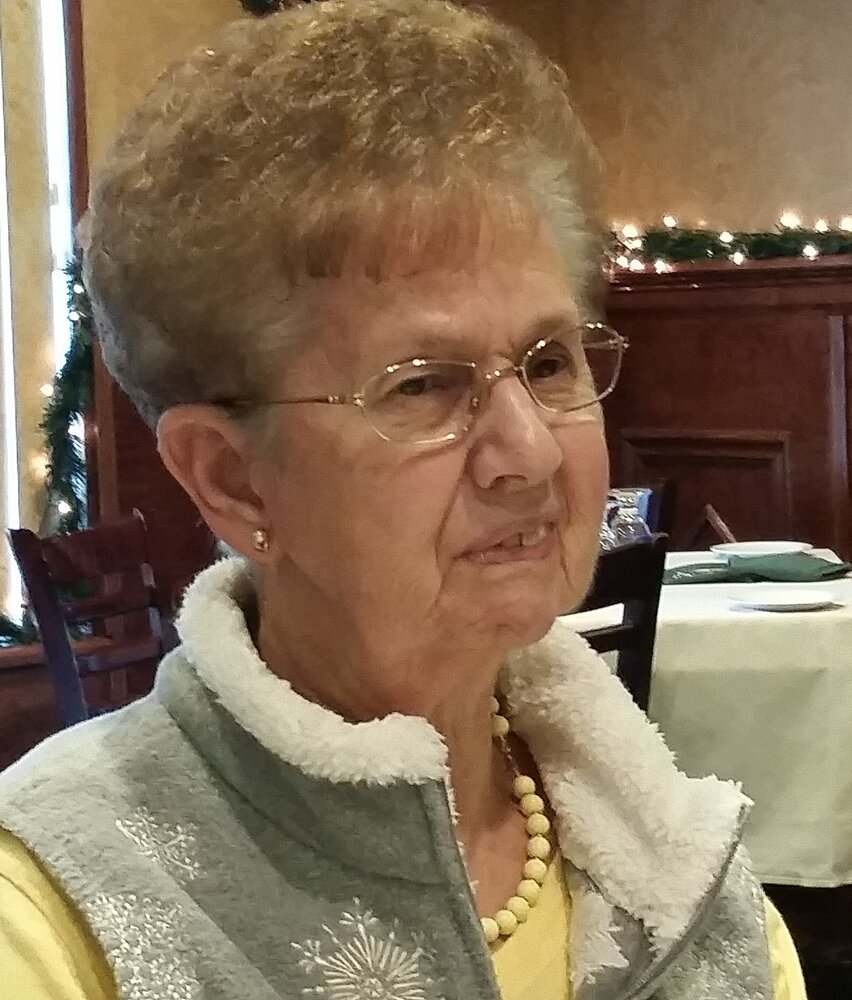 Obituary of Frances B. Theriault

Please share a memory of Frances to include in a keepsake book for family and friends.
View Tribute Book
Frances (Blanchard) Theriault, 83 of New Britain beloved wife of the late Robert Theriault, passed away peacefully on April 16 at Southington Care Center with her family by her side. Born January 2, 1939, in Hartford, she was the daughter of the late Harold and Dorothy (Hardy) Blanchard. She grew up in Kensington and graduated from Berlin High School in 1957. She married Robert, the love of her life on July 30, 1960 and enjoyed 48 years of marriage with him until his death. After raising her three children she returned to work. She retired in 1986 after 20 years of service from CT Mutual Life Ins Co in Hartford. Frances was involved for many years with the Ladies Auxiliary at St. Jean Baptiste. She loved crafting, gardening and playing Bingo. She and Robert enjoyed spoiling their grandkids and taking them on vacations. After retirement she enjoyed cruising the Caribbean and Alaska with Robert. Frances is survived by her son, Robert Theriault, Jr and his wife Shelli of Newington, daughter, Joyce (Theriault) Loffredo and her husband Louis of East Hampton. She was predeceased by her son, Philip Theriault. She also leaves behind her grandchildren that she adored John (Kat) Loffredo, Michael Loffredo, Samuel Theriault and Lauren Theriault; sister, Arlene (Alfred) Radke and sister-in-law, Lorraine Blanchard and many nieces and nephews. She was predeceased by her brother, Harold Blanchard, sister, Dorothy Theriault and brother-in-law, Paul Theriault. Funeral services for Frances will be held on Thursday (April 21st) with a Mass of Christian Burial at 10:00 AM at Holy Apostles Parish (St. John the Evangelist Church) 655 East St. New Britain. Burial will follow in St. Mary’s Cemetery 1141 Stanley St. New Britain. Visitation will be held Thursday from 8:30 – 9:30 at the Farrell Funeral Home 110 Franklin Sq. New Britain. In lieu of flowers memorial contributions can be made to a charity of your choice.
To plant a beautiful memorial tree in memory of Frances Theriault, please visit our Tree Store
Thursday
21
April