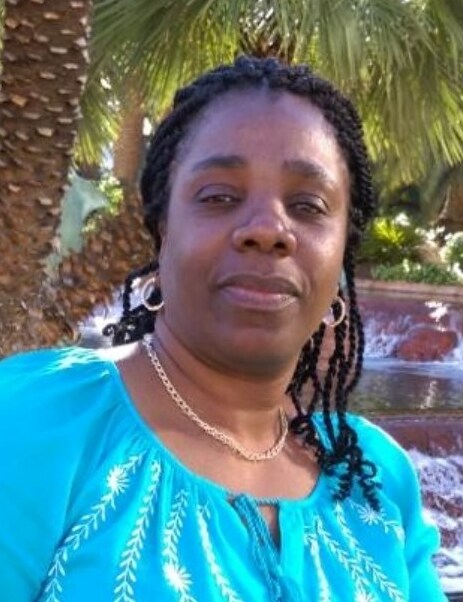 Please share a memory of Angelene to include in a keepsake book for family and friends.
View Tribute Book
Angelene Marie Jeffrey of St Thomas, Jamaica passed away on Sunday March 20, 2022 in Mandan, North Dakota. Angelene, affectionally known as Angie, was born in Kingston, Jamaica on March 27th, 1966 to Melvina Clarke and Franklin Jeffrey. Angie grew up with her three sisters in St Thomas. She spent most of her early years in Jamaica before migrating to New York City in 1998. Angelene attended the Yallahs Secondary School where she studied numbers subjects including Electrical Installation. Angelene worked in many fields during her lifetime. She was a very talented seamstress and a caring Certified Nursing Assistant. In her most recent years, Angie worked at The Alzheimer's Resource Center in Plantsville, Connecticut, starting in 2010. In 2015, Angie began working for The Hospital of Central Connecticut in New Britain, where she worked as a Nurse Technician in the Mental Health Department. Her final occupation was a Detention Officer for the Burleigh County Sheriff’s Department in Bismarck, North Dakota. Angie spent a vast majority of her life bettering herself for the benefit of her children, which was evident in her relocation to North Dakota. Angelene had a very kind and loving heart. She always offered help to those who sought assistance from her. In addition, she most often placed others before herself, especially when it came to her five children. Angelene enjoyed gardening and traveling. Many days after working long and hard shifts, she would find solace in tending to her flowers and various plants. When it came to traveling one of her favorite places to vacation was Florida which she made sure her children experienced. Angelene’s legacy is continued by her mother, daughters: Danielia Crawford and Mellisa Phillips-Adi, sons: Zelvan Phillips, Mykal and Mygel Porter. Angie is also survived by granddaughter, Zuri, sisters, uncles, aunts, a host of many nieces, nephews and cousins. Angelene was predeceased by her fourth sister, Gaye Johnson. Lastly, Angelene leaves to cherish her memory a host of friends and church members in Jamaica and across the United States.
To plant a beautiful memorial tree in memory of Angelene Jeffrey, please visit our Tree Store
Wednesday
13
April