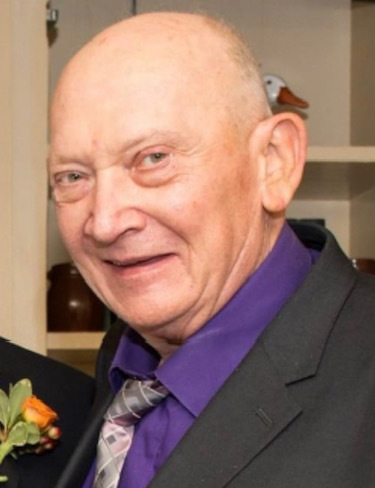 Obituary of Ronald A. Bielomyza

Please share a memory of Ronald to include in a keepsake book for family and friends.
View Tribute Book
Ronald A Bielomyza, 75, of Kensington CT, entered into eternal rest in February 3rd, 2022. He was the husband of 50 years of Judith A. Bielomyza (Bonola). Ronald was born in New Britain on May 22nd, 1946. Educated in the New Britain school system, he was a graduate of Holy Cross School and Pulaski Senior High School in 1964. Ronald worked for the Town of Berlin before joining the New Britain Police Department in 1969, as a patrol officer. In 1973 he was promoted to the Detective Bureau, where he served the remainder of his career of 32 years as a civil servant for the City of New Britain. A highly decorated officer, he was often recognized for his contributions to the investigative practices revolving around Fraud Investigation throughout the state, including being recognized as the State of Connecticut’s officer of the year. He was a staunch supporter of the Berlin High Athletic Booster Club, never missing a football game or wrestling match. Ronald loved his easy chair, his television, as well as Twizzler’s and Hard candies. His wit and humor will forever be remembered as dry and sarcastic by all he loved and cared for. Ronald leaves behind his oldest son Andrew R. Bielomyza and his wife Katrina of Massachusetts. His youngest son Matthew J. Bielomyza and his wife Danielle, of Bristol CT. As well as his grandchildren Chloe Anne Bielomyza, Domenic Bielomyza, and Abel Bielomyza. Ronald also leaves behind his older brother Hank Bielomyza of Granby, CT. And his nieces Kathleen Bielomyza-Mitchell of Massachusetts, and Susan Bielomyza of New York. Ron also leaves his sisters and brother-in-laws, Mrs. Linda Gianoli(aka my twin) and her husband Dr. Dennis Gianoli, Dr. Joseph Bonola and his wife Kristen, Mrs Joanne Procoprio and her husband Joseph, Mrs Nancy Barikowski and her husband Gary along with many Special Nieces, nephews, great nieces and nephews and his Godchild Elizabeth Anderson, and many dear and loving friends who he truly loved. Ronald was predeceased by his parents Henry and Agnes Bielomyza of New Britain, his Aunt and Uncle Henry and Ann Dzielens of New Britain, his Aunt Estelle Bielomyza and Uncles Alphonse and Johnny Bielomyza, as well as his aunt Helen Timko and her husband John of Berlin, CT. And his sister in law Geraldine Bielomyza of Granby, CT. The family would like to send a heartfelt thanks to Ronald’s physicians Dr’s Christian and Henry Ward, for their care and compassion in treating Ronald the last few years, they are greatly appreciated. Funeral services will be held Wednesday (Feb. 9, 2022) 8:30 AM from the Farrell Funeral Home 110 Franklin Square New Britain, with a Mass of Christian Burial at 9:30 AM at Sacred Heart Church 158 Broad St. New Britain. Burial will be private. Visitation will be Tuesday from 4:00 to 7:00 PM at the funeral home. In lieu of flowers, donations may be made to the Police Athletic League (PAL) 544 Osgood Ave. New Britain, CT 06053.
To plant a beautiful memorial tree in memory of Ronald Bielomyza, please visit our Tree Store
Tuesday
8
February