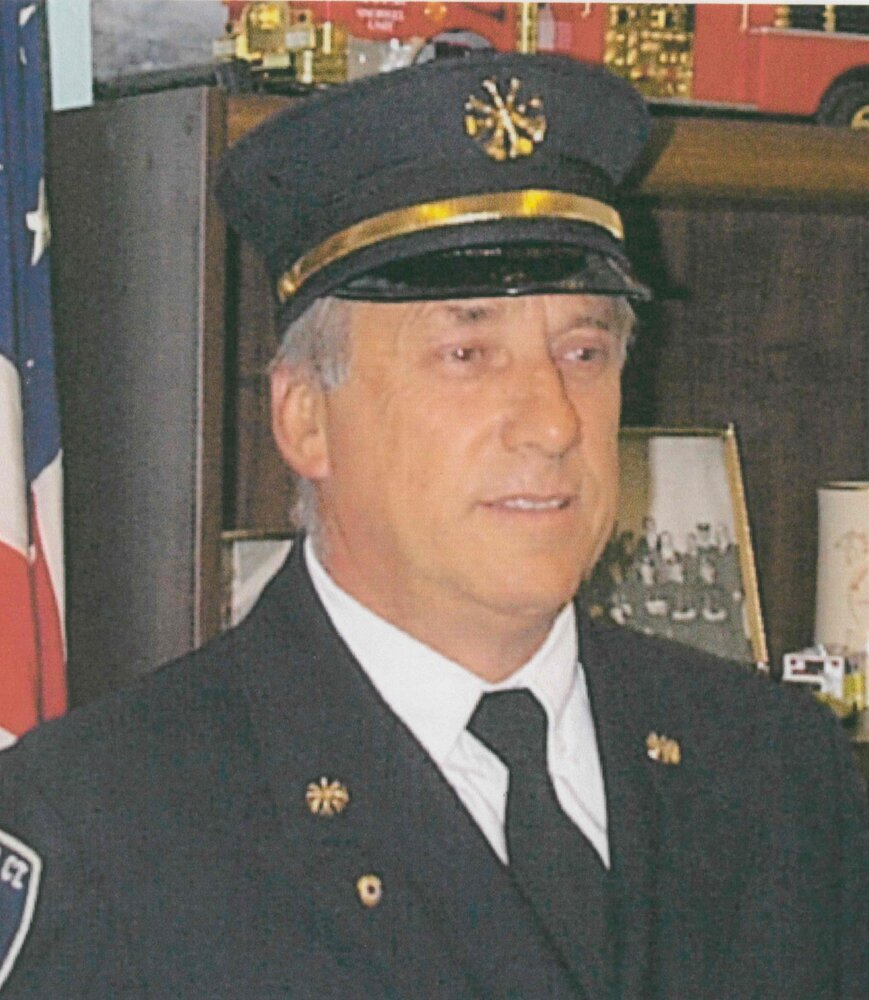 Please share a memory of Robert to include in a keepsake book for family and friends.
View Tribute Book
Robert F. “Bob” McCrann Jr., passed away on November 14, 2021 at the Hospital of Central CT after a long illness. Bob was born on June 12, 1943 in New Britain, CT, attended local schools and graduated from New Britain High School, later to pursue the “family business” of firefighting. There has been a McCrann on the New Britain Fire Department since 1918! He climbed through the ranks to Assistant Chief and ultimately Acting Chief. He was a devoted son, brother, husband, father, grandfather, great grandfather, and had a fierce sense of duty, having served with the CT National Guard for 6 years. He will be remembered as a kind and fair man who believed in doing the right thing and putting others ahead of himself. These qualities were instilled in his children who will miss him dearly. Growing up, he enjoyed summers at West Hill Pond in New Hartford where he developed his love of the outdoors. He loved boating on Long Island Sound, driving his sports cars, model railroading and spoiling his many dogs over the years. He split his time between his homes in Kensington and his beloved Old Kelsey Point. Bob particularly loved spending time with his family around the holidays, making various pies at Thanksgiving, and dozens of cookies at Christmas deliver to friends and family. He enjoyed trips to Florida and Mexico, and in 2019 traveled to Ireland with good friends – where he sat with the locals enjoying a pint or two! Bob was a jack of most trades around the house (plumbing and painting were exceptions!) and he was pleased that all of his children inherited his do-it-yourself mentality. Bob leaves behind his wife of 41 years, Nancy Kurasinski McCrann, his son Robert McCrann III and partner Jason Tuncy of Bloomfield, CT, daughter Kimberly McCrann Rodgers and son-in-law William Rodgers, of Old Orchard Beach Maine, son Sean McCrann and daughter in law Michele McCrann and their son Eric McCrann of Limerick, Maine, Grandson and wife Joe and Danielle McCrann, their children Sophia and Henry of Saco, Maine, Granddaughter, Kylee Garland and Grandson, Chase Rodgers also of Old Orchard Beach. He is also survived by his brother Retired New Britain Deputy Chief, William McCrann. He was predeceased by his brothers Arnold “Moose” Suess and New Britain Fire Captain Mark McCrann. Bob is also survived by his sister in law and brother in law Linda and Raymond Sierakowski, Sister in law and fiancé Jonelle Kurasinski and Orlando Sanchez , brother in law and sister in law John and Linda Navarro and several nieces and nephews. The McCrann family wishes to send a special thank you to all of the wonderful healthcare providers at the Hospital of Central CT, Dr.’s Benaquista, Lloyd, and Darnold, Dr Michael Honor, his staff, the nurses, and techs of N3 and N5 with a special appreciation for his caregiver, companion and friend, Karlene. In lieu of flowers, donations may be made to St. Jude Children’s Research Hospital, 262 Danny Thomas Place Memphis, TN 38105 or a charity of the donor’s choosing. Funeral services for Bob will be held Friday (Nov. 19) at 10:30 AM at South Congregational Church, 90 Main Street, New Britain, CT. Burial will follow in St. Mary’s Cemetery, 1141 Stanley St, New Britain. Visitation will be held Thursday (Nov. 18th) from 4:00 – 7:00PM at the Farrell Funeral Home 110 Franklin Sq. New Britain. Masks are required for the church service. Parking is available in the Chestnut Street Garage.
To plant a beautiful memorial tree in memory of Robert McCrann Jr., please visit our Tree Store
Thursday
18
November