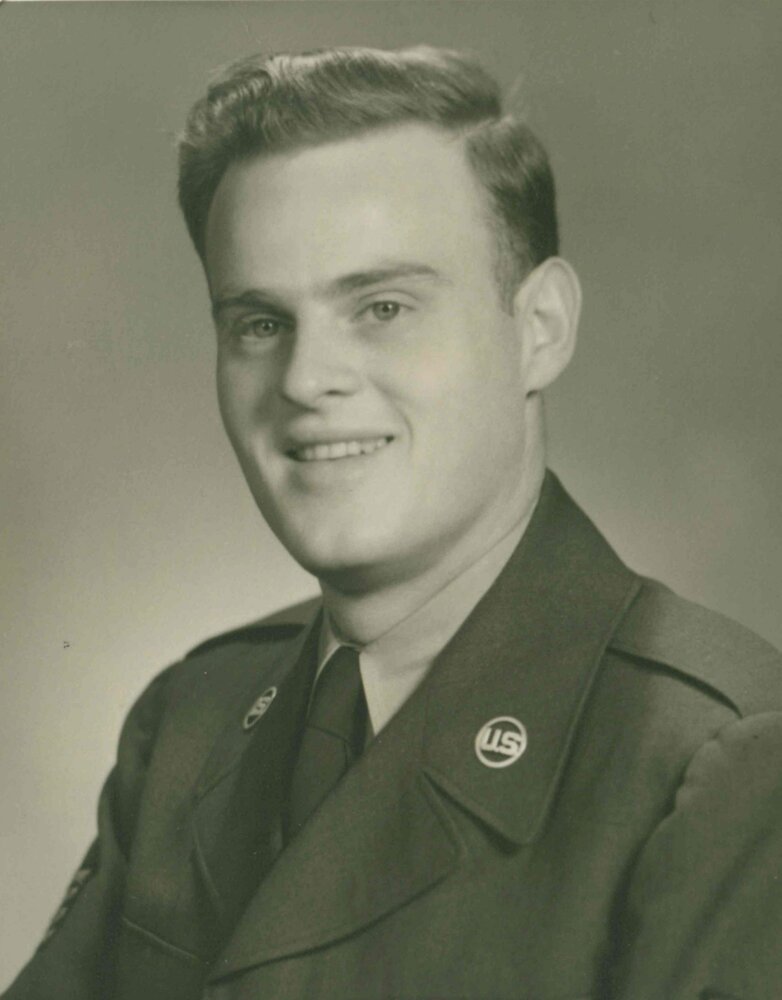 Please share a memory of Robert to include in a keepsake book for family and friends.
View Tribute Book
Robert Lang, 93, of Kensington, Conn., passed away on Sept. 14, 2021. A lifelong resident of New Britain and Kensington, he was the son of Joseph and Alice (Taucher) Lang. Bob was the youngest of seven children (three girls, four boys) and the last to go. Indeed, his passing is the end of an era for the Lang family. The seven siblings were larger than life, and the thought of the old band back together again brings great comfort and joy. A lifelong practicing Catholic, he received the sacraments and served many years as an altar boy at St. Peter's Parish. He attended local elementary and junior high schools, E.C. Goodwin Technical High School in New Britain and the University of Hartford. When the time arrived to find a job in the late 1940s, civil-service tests were taken and the choice came down to employment with the U.S. Postal Service or the City of New Britain. He chose the latter but before he could even settle into the new job, Uncle Sam came calling. Bob enlisted in the U.S. Air Force in 1950 and so began the most formative years of his life. Stationed at airbases in Wyoming, Colorado and Texas, he climbed the promotion ladder to staff sergeant. In July 1952, he received orders to report to Korea and he did his duty. The one-year tour took him across the war zone, in and out of harm's way. He complained about the cold Korean winter and the lousy mess-hall food. But he loved the discipline and values of military life. He would always look back on those years with great pride and satisfaction -- he was proud to have served his country, proud of his small role in shaping history. At the end of the war, the USAF let him choose his next assignment and he picked Otis Air Force Base on Cape Cod. That was where he met a civilian secretary working in the office of Gen. Daniel “Chappie” James. They would be married a year later in New Bedford, Mass., then move back to New Britain, where his job was waiting for him. He would spend 47 years as a municipal employee in a number of civil-engineering positions. His triumphant return home with a new bride meant the seven siblings were back in business and having fun was the name of the game. The laughter flowed at Saturday-night poker games, epic backyard picnics in Newington, annual Christmas festivities in Wallingford, summer vacation weeks at Hawk's Nest Beach, trips to Peoples Forest state park, weekend dinners at the family home on Stanley Street. Not for nothing but Bob also had the best wife in the world. A son and daughter arrived in 1956 and 1958, and life was good, comfortable, happy. Over the years, the siblings never strayed more than 15 miles apart. Bob was especially close to his three sisters, and his devotion to family never wavered. Time was now marked with birthday parties, little-league games, dance recitals, school graduations, college drop-offs. He was never much of a joiner, so there are no clubs or organizations to list. More a homebody than a world traveler, he found joy in life's simpler pleasures -- enjoying a Sunday dinner of roast pork, mashed potatoes and sauerkraut, watching episodes of "Perry Mason," "Everybody Loves Raymond" or "NCIS," viewing a James Bond movie marathon on cable TV, reading Sherlock Holmes mysteries, perusing the Hartford Courant and Daily News every morning from front to back, grabbing breakfast with his kids at Uncle D's and rooting for his beloved New York Yankees and New York Football Giants. Of course, the curse of being the youngest child is that you see your brothers and sisters shuffle off this mortal coil before you. From 1973 to 2018, he watched them all take their leave. But the biggest trauma of his life occurred with the death of his wife in 1995. A little piece of him died with her. (She suffered from Type I diabetes from an early age, injecting insulin every day of her life. He devoted himself to keeping her healthy.) A widower for 26 years, he soldiered on, channeling his energies toward his children, nieces and nephews and his Church. His kindness and generosity will be dearly missed by those who loved him, and we are grateful that he played such an important and prominent role in our lives. He will forever remain in our hearts. Bob is survived by his two children, Mark Lang of Kensington and Mary Beth Lang of West Hartford; a sister-in-law, Marion (Carpenter) Lang, also of West Hartford; and a number of nieces and nephews, great-nieces and great-nephews. Apart from his parents, Bob was predeceased by his wife Joan (Gillis) Lang; three sisters, Louise Lang of New Britain, Marian Oliver and Marguerite Kufta, both of Newington; three brothers, Ralph Lang of West Hartford, Kenneth Lang of New Britain and Harold Lang of Wallingford; a sister-in-law, Evelyn (Waslewski) Lang of Wallingford; a brother-in-law, Leo Oliver of Granby; and a nephew, Kenneth Kufta of Newington. Funeral services will be held Monday with a Mass of Christian Burial at 10 a.m. at St. Peter's Church, 98 Franklin Square, New Britain. Masks are requested for the church service. Burial will follow in St. Mary Cemetery, New Britain. Visitation will be Monday from 9 a.m. to 9:45 a.m. at Farrell Funeral Home, 110 Franklin Square, New Britain. In lieu of flowers, donations may be made to the Joslin Diabetes Center, 1 Joslin Place, Boston, MA 02215.
To plant a beautiful memorial tree in memory of Robert Lang, please visit our Tree Store
Monday
20
September