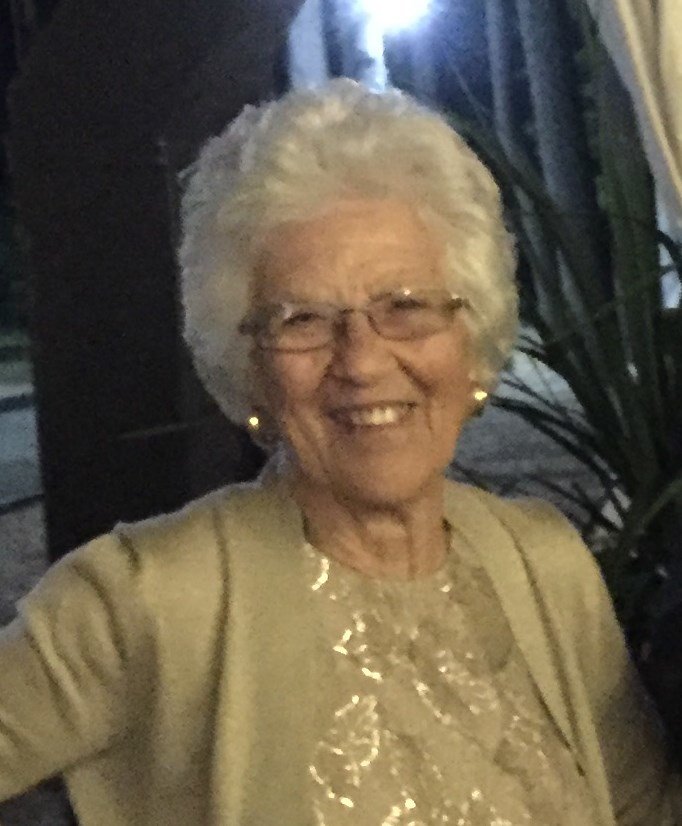 Please share a memory of Carmela to include in a keepsake book for family and friends.
View Tribute Book
Carmela S. Pandolfi, 91, passed away peacefully surrounded by her loving family on July 23, 2021. The world has lost one of the greatest souls that God ever created. She was the wife of the late John F. Pandolfi. Sr.. Born July 16, 1930 in Sortino, Sicily, she was the daughter of the late Louis & Natalie Sequenzia. She married the love of her life in 1949 and immigrated to the United States. They lived in the Bronx and then settled in New Britain, where they raised their four children. She worked and retired from Fafnir Bearing, then went on to help her sister Nancy at the Final Stitch in Berlin. Carmela’s greatest joy was being surrounded by her family, cooking and baking for the ones she loved most. Carmela is survived by her children; Joseph & his wife Dianne Pandolfi of Berlin, Louis & his wife Joanne Pandolfi of Palm Beach Gardens, FL, daughter Vincene McCain and her husband Brian, and John Pandolfi Jr. She is also survived by loving grandchildren; Michelle Pandolfi, Joseph Pandolfi and his wife Kristen, Christine Garrant and her husband Jason, Stephanie Cortes, Alicia Strong and her husband Parker, John Pandolfi and his wife Bianca, and Lauren Pandolfi. Along with eleven great-grandchildren, Cole, Lee and Conor Garrant, Isaac and Isabel Cortes, Grayson and Gabriella Pandolfi, Cooper and Taylor Strong, Alexander and William Pandolfi. She also leaves her brother Salvatore and his wife Tina Sequenzia, sisters Nancy Fiducia, Maria Caruso and sister-in-law Nuccia Sequenzia. She also leaves nieces, nephews, cousins, and countless friends both in the US and Italy. Besides her husband she was predeceased by her brother Frank Sequenzia, sister Frances Caruso, a brother –in-law Salvatore Fiducia and a nephew Louis Fiducia. Funeral services will be held Wednesday (July 28) starting at 9am from the Farrell Funeral Home, 110 Franklin Sq. New Britain followed by a Mass of Christian Burial at 10:00 am at St. Paul’s Church, 485 Alling St. Berlin. Burial will follow in St. Mary’s Cemetery, 1141 Stanley St. New Britain. Visitation will be held Tuesday (July 27) from 5:00-7:00 PM at the funeral Home.
To plant a beautiful memorial tree in memory of Carmela Pandolfi, please visit our Tree Store
Tuesday
27
July