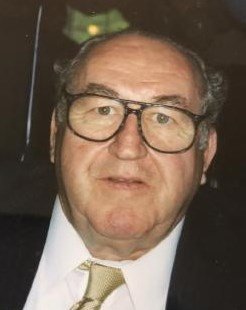 Obituary of Robert A. Bell

Please share a memory of Robert to include in a keepsake book for family and friends.
View Tribute Book
Robert “Bobby” Arthur Bell (86) of Kensington, Connecticut and Naples, Florida passed away peacefully at home surrounded by family on Friday, July 2, 2021. He was born on July 10, 1935 to the late Rita (Fowler) and Arthur “Artie” Bell. He was the loving husband to Flora (Burns) Bell for 63 years. Bobby grew up in New Britain, Connecticut and graduated from New Britain High School in 1953. He went on to attend the former Moody’s Business School in New Britain. He then enlisted in the U.S. Army in 1955 where he was stationed in Japan and was honorably discharged in 1957. In 1958, he began working for Associated Transportation, which started his long career as a Teamsters Union truck driver. Throughout his career he worked for many companies including W.T. Grants department stores and First National Supermarkets. He devoted many years as a loyal member of Teamsters Locals 671 and 559 serving in several executive board positions before working as an elected business agent for 24 years, retiring in December of 1997. Additionally, Bobby was an original and active member of St. Francis of Assisi Parish, the Knights of Columbus, and the Elks Club. In addition to his wife, Flora, he is survived by his son, Arthur Bell Sr. and his wife Patricia, of New Britain, Connecticut, and his daughter, Susan (Bell) Simeone and her husband Christopher, of Newington, Connecticut. Bobby was known as “Papa” by his beloved grandchildren Molly and Kelsey Simeone and Arthur Bell Jr. He also leaves behind his brother-in-law Rodney Harvey, as well as many loving nieces, nephews, and cousins. Bobby had countless friends, most of whom he had known since kindergarten, who he remained close with throughout his life. After retirement, Bobby and Flora spent many good years in Naples, Florida with their large group of friends who they enjoyed pizza Fridays, domino games, and pool parties with. Bobby traveled extensively, both by land and sea, with family and friends to places such as: Ireland, London, Hawaii, Bermuda, and Bar Harbor, Maine. Everyone who had the pleasure of knowing him knew what a kind and generous man he was. Bobby was most proud of his family, especially his grandchildren, and never missed a single graduation, prom, or first day of school. He was known for being the life of the party, the organizer of numerous vacations and gatherings with family and friends, and for his quick wit and sense of humor. He will be remembered for his devout patriotism and his love of Mr. Goodbars, lemon meringue pie, and the Big Bang Theory. The family would like to thank his caregivers from Visiting Angels, Lee, Agnes, and Comfort as well as Susan from Hartford Healthcare Hospice who allowed him to remain at home surrounded by the love of his family in his final days. Funeral services will be held Wednesday (July 14, 2021) with a Mass of Christian Burial at 10:30 AM at St. Francis of Assisi Church 1755 Stanley St. New Britain. Burial will follow in Fairview Cemetery, New Britain. Visitation will be Wednesday from 8:00 to 10:00 AM at the Farrell Funeral Home 110 Franklin Sq. New Britain. In lieu of flowers, please make donations to the Berlin Senior Center in Bobby’s memory at 33 Colonial Drive, Berlin, CT 06037 ATTN: Tina Doyle.
To plant a beautiful memorial tree in memory of Robert Bell, please visit our Tree Store
Wednesday
14
July