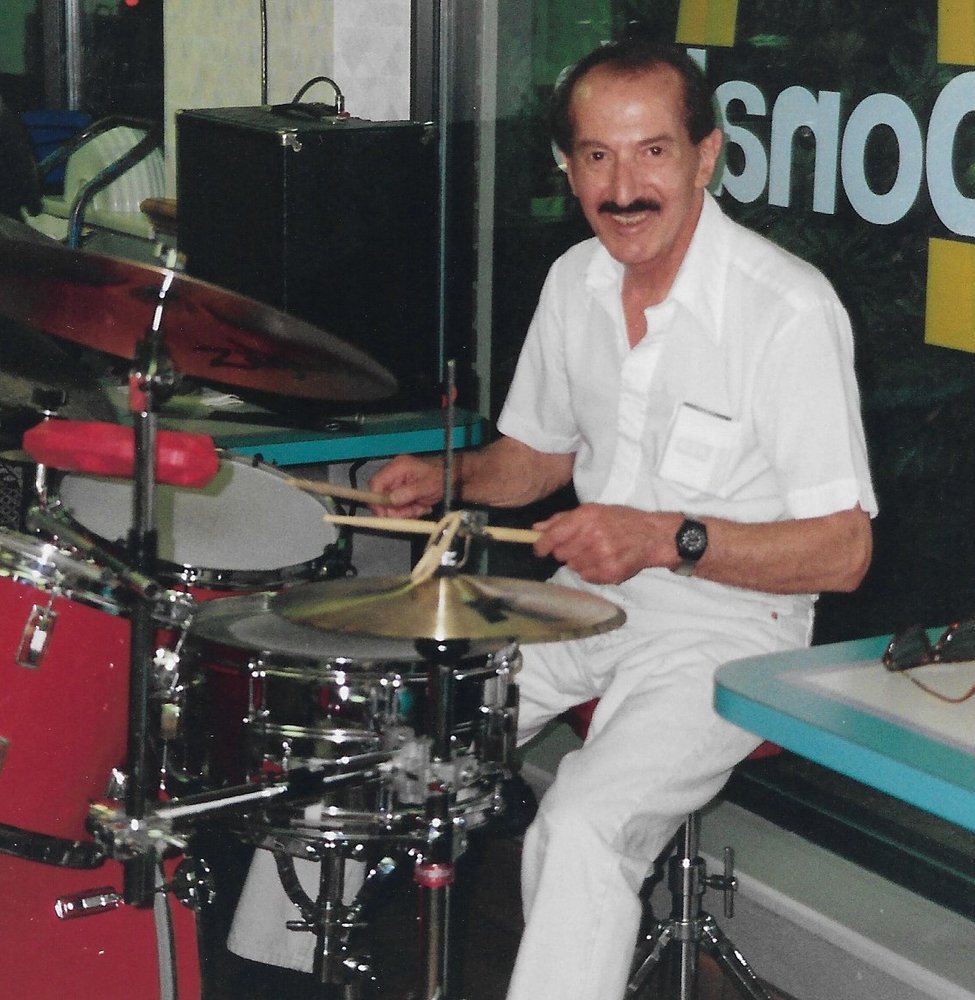 Please share a memory of Michael to include in a keepsake book for family and friends.
View Tribute Book
Michael S. Cammarata, 93, of New Britain, died Sunday (April 4, 2021) at The Hospital of Central Connecticut. He was the widower of Ruth (Johnson) Cammarata. Born on July 30, 1927 in New Britain, he was a U.S. Army veteran and served during World War II. Over the years he owned and operated several beauty salons in the area including Mr. Michael’s Beauty Salon in Plainville. He also attended vocational school and became a skilled machinist. Michael was an accomplished drummer and played the drums with several bands at various venues, including most recently with a senior group at McDonald’s in Plainville, and the Bristol Senior Center. He also enjoyed cooking and had several special dishes that his family truly enjoyed. Michael’s pride and joy was his family. He was a devoted husband, father and grandfather. Michael is survived by his daughters JoAnn Scott of New Britain, MaryJane Ayotte and her husband Michael of Berlin, his son Michael Cammarata and his wife Marife of Princeton, TX; his grandchildren Mathew and Nathan Scott, Jason, Darren and Leanne Ayotte, and Mallory and Christopher Cammarata. He was predeceased by his siblings: Carl, Louis, James and Mary. Funeral services will be held privately at the convenience of the family. In lieu of flowers, donations may be made in Michael’s memory to a charity of the donor’s choice.
To plant a beautiful memorial tree in memory of Michael Cammarata, please visit our Tree Store