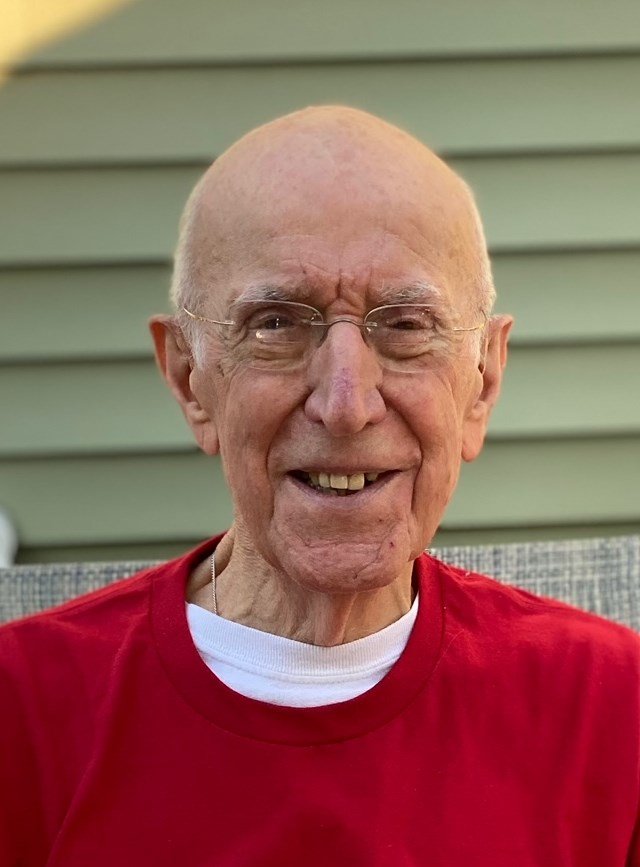 Please share a memory of John to include in a keepsake book for family and friends.
View Tribute Book
John P. Sansone, 90, of New Britain and recently of West Hartford, died peacefully surrounded by his loving family on March 26, 2021. John was born in Bridgeport on August 28, 1930. He is the son of the late John Sansone, Angelina (Capozzi) Sansone and Lillian (Clerizo) Sansone. John attended Warren Harding High School in Bridgeport and was a very proud alum of Fairfield University. He worked for the State of Connecticut for over 35 years as an insurance examiner and eventually retired as Director of Life and Health Insurance. He is survived by his adoring wife of 64 years, Shirley Bordiere Sansone; four daughters Nancy Sansone (Paul) of Pennsylvania, Lisa Sansone (Tim) of South Carolina, Diane Briere (Rick) of West Hartford and Gina Dean (Tim) of Berlin; eight grandchildren; his great grandson and namesake Emmett John Keenan; cousins Michael Clerizo and his wife Sandra and Roxanne Ambrosio; and two dear friends of over 75 years, Stanley Turski and Ron Vitale. Our family is especially grateful to Hilda Addison for ensuring he always received the highest quality care. John, affectionately known by his family as Papa, was our rock. He was the hardest worker we knew and held three jobs at once for most of his life. He began as a shoe-shiner at 11 and didn’t stop until he retired from the State of Connecticut as the Director of his department at age 60, only to start caring for his oldest grandchildren by 61. He always told us the best title he ever had was “grandpa”. Papa was a second-generation Italian immigrant and the first in his family to attend college. He deeply valued education and instilled that in his grandchildren, who could always go to him for help with homework or the answer to a Jeopardy question. He tutored us in Spanish and recited Macbeth's soliloquies, long before we read Shakespere in school. Papa never had a bad word to say about anyone and remained his kind, sweet self until his very last day. John was a strong, proud and honest man. No matter how successful he became, nothing made him happier than spending time with his family and friends. He made us the people we are today and will be profoundly missed. Fuiste amado, Papa. Friends and family are invited to a Mass of Christian Burial on Monday, April 5, 2021 at 10:00AM at St. Paul’s Church, 485 Alling St. Kensington. Entombment will follow in St. Mary Cemetery, New Britain. In lieu of flowers, donations may be made to St. Jude Children’s Research Hospital or Fairfield University.
To plant a beautiful memorial tree in memory of John Sansone, please visit our Tree Store
Monday
5
April