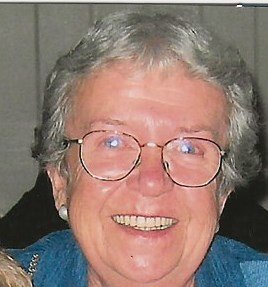 Please share a memory of Donna to include in a keepsake book for family and friends.
View Tribute Book
Donna J. (Hinchcliffe) Carlson, 86, died at Apple Rehab in Colchester on March 4, 2121. Born in New Britain, the daughter of the late Raymond and Lillian (Kerwin) Hinchcliffe, she moved to East Haddam in 2006 . She had been employed for many years as a secretary at the Hospital of Special Care, the New Britain Police Department and at New Britain City Hall in the Tax Department. She was a long time parishioner of St. Joseph’s Church in New Britain, she enjoyed the casinos and was a huge fan of the television program Law and Order. Donna is survived by her son Edward and his wife, Julia Carlson of Huntington, MA, her sister, Alice Hinchcliffe of East Haddam, a granddaughter Hannah, several nieces and nephews, including Lee and Jim Chiodo and Patrick and Janice Braham, Maureen and Sonny Frasier, and Jennifer and Philip Smith and several cousins. She was predeceased by her sister, Ellen Braham. Friends and family are invited to a Mass of Christian Burial Saturday (March 13, 2021) at 10:00 AM at Divine Providence Parish (St. Joseph’s Church) 195 So. Main St. New Britain. Burial will be in St. Mary Cemetery at a future date. In lieu of flowers, donations may be made to St. Jude’s Hospital 501 St. Jude Place Memphis TN 38105.
To plant a beautiful memorial tree in memory of Donna Carlson, please visit our Tree Store
Saturday
13
March