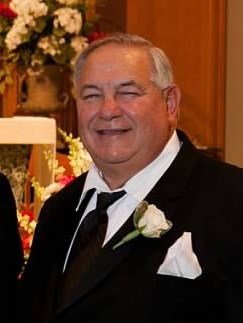 Please share a memory of Joseph to include in a keepsake book for family and friends.
View Tribute Book
Joseph Theodore Annunziata, 77, passed away unexpectedly on November 17, 2020 while at home. He was born on December 31, 1942 in New Britain, CT, but was a lifelong resident of Berlin. Joseph is survived by his loving wife Donna of 40 years, his daughter Lisa Annunziata (Boston, MA) and Kristen Pandolfi & her husband Joseph Pandolfi Jr. (Southington, CT), as well as three grandchildren Grayson, Gabriella, and Giulietta, in addition to several nieces and nephews. Joseph was predeceased by his parents Theodore & Ida Annunziata, brother Eugene Annunziata, and sister Elizabeth Riley. Joseph graduated from Berlin High School, class of 1961, and was a Redcoat for the football and baseball teams. He attended Murray State and Central Connecticut State University where he earned a Bachelor of Science degree in teaching. He served in the Armed Forces of the United States, for nearly 4 years as a Morse Intercept Operator. Joseph devoted 31 years to the Berlin Police Department and several terms to both the Berlin Police Commission and Berlin Board of Education. Joseph enjoyed watching and attending a variety of athletic events. He was an avid Yankees, UConn Huskies, and Giants fan. He enjoyed fishing, spending time at the IPIC and taking long drives. Above all, he was a devoted husband, father, and grandfather, and enjoyed all of the time he got to spend with his wife, daughters and their families. Family and friends are invited directly to church for a Mass of Christian Burial on Saturday November 21st at 10:00AM at St. Paul’s Church, 485 Alling Street, Berlin. Burial with Military Honors will follow in Maple Cemetery 1165 Worthington Ridge, Berlin. A walk through visitation will be held Friday (Nov 20th) from 4:00 – 7:00 PM at the Farrell Funeral Home 110 Franklin Sq. New Britain, CT. Please respect Covid19 restrictions by practicing social distancing and wearing a mask. In lieu of flowers, donations may be made to the American Heart Association, American Diabetes Association, or Animal Friends of Connecticut.
To plant a beautiful memorial tree in memory of Joseph Annunziata, please visit our Tree Store
Friday
20
November