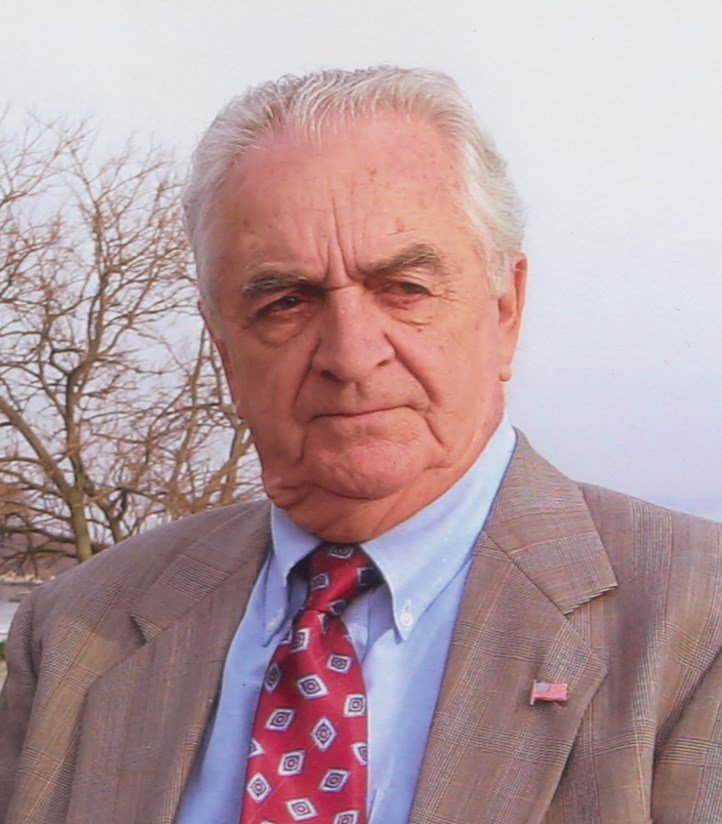 Please share a memory of John to include in a keepsake book for family and friends.
View Tribute Book
John F. “Jack” Carroll Sr. of New Britain passed away peacefully on September 19, 2020. Born February 26, 1926, to James and Edna (Wilcox) Carroll, Jack had five siblings, Mildred, Ruthie, Jimmy, Nancy and Barbara. He was a lifelong resident of New Britain, Ct. and attended public schools and then followed his brother Jimmy in joining the United States Navy serving on the USS. Alaska, which engaged in action in the Pacific during WWII. He was honorably discharged after the war. In 1950, he married the love of his life, Mae McCormick. They met while both working at Landers Frary and Clarke in New Britain. They had four children, Jackie, Billy and twin daughters Kathy and June.Jack grew up an avid sports fan, particularly baseball and boxing. He attended his first major league game at 14 years old, hopping a train to Flatbush Avenue to watch his favorite team, the Brooklyn Dodgers. Since the 60’s he followed the New York Mets on a daily basis. His favorite boxers were Rocky Marciano and Sugar Ray Robinson. Even at the age of 94, he would tune in to watch the fights well in to the evening. He also enjoyed watching his favorite college football team Notre Dame. A little known fact was that Jack was a very popular singer in late 40’s at clubs in New Britain and Berlin. He was a favorite at the former Blue Danube Restaurant in New Britain. He was a huge fan of Frank Sinatra. He was a devoted husband, a great dad who loved watching his boys grow up playing baseball and attending as many games as he could and a father who always had a special place in his heart for his daughter Kathy. Jack was predeceased by his wife of 53 years Mae, his infant daughter June and his son Jack. He leaves behind his son Bill and wife Judie, daughter Kathy, daughter in-law Adorna Occhialini Carroll, sister’s Nancy Albert and Barbara Piazza, in laws Sonja Naughton and Warren and Dotty Peck and many nieces and nephews. He was a loving grandfather (Gramps) to Lindsay, Ryan, Jenna, Jordan and Sean and great-grandchildren to Emmet and Zachary. He was a former member of the VFW 511, and former Varpas Club. Jack was a proud American and veteran who was honored to serve his country in time of need. He was the embodiment of “The Greatest Generation” Funeral services for Jack will be held Friday (Oct 2nd) at 10:00AM at the Farrell Funeral Home, 110 Franklin Sq. New Britain. Burial with Military Honors will follow in Fairview Cemetery, 120 Smalley St. Visitation will be held Thurs (Oct 1st) from 5:00 – 7:00 PM at the funeral home. The family request’s in lieu of flowers that donations are sent to: Disabled Americans Veterans, Post Office Box 266, New Britain, CT 06050.
To plant a beautiful memorial tree in memory of John Carroll, Sr., please visit our Tree Store
Thursday
1
October