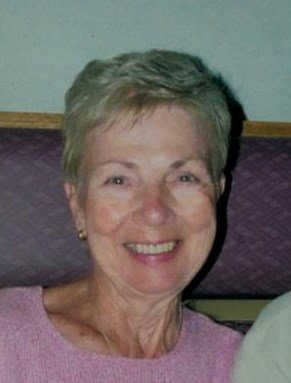 Please share a memory of Lorette to include in a keepsake book for family and friends.
View Tribute Book
Lorette (Leclerc) Simcic, 94 of Newington, CT and The Villages, FL, died peacefully in her home on Sunday, June 21st surrounded by her loving family. Lorette was born in Laconia, New Hampshire, the daughter of the late Francois and Azilda (Dorval) Leclerc and raised on a family farm in Canada. At the age of 15, she left home and moved to New Britain, CT where she began her new life as a nanny. Like many others of that era, overcoming adversity shaped one's character. Newly married and pregnant with her first child, she was struck with Tuberculosis and confined to a sanatorium for a year. Following her recovery, she resumed her married life, giving birth to a second child. She worked hard to raise her two children, while working full time at Tuttle & Bailey as a production clerk. The lack of a formal education did not deter her. Lorette loved reading about history and far away places. When time and finances allowed, she traveled to NY to see Broadway plays and determinently pursued a formal education. In 1976 - at the age of 44 - she attained her GED, an accomplishment of which she was enormously proud. In 1986, Lorette married her soulmate, Francis (Frank) Simcic. Together they built a wonderful life together. They traveled throughout Europe and the United States, took cruises, and maintained homes in Connecticut and Florida. They were highly active members of Saint Maurice Church in New Britain and more recently Holy Spirit Church in Newington. Religion and family played an important role in their lives. They shared their time and resources generously with both, and supported several charities faithfully over the years. In Florida they enjoyed an active social life within the Village's community, as well as with the neighborhood "Loopers", with whom they formed close relationships. Their 34 wonderful years together were interrupted three times with different bouts of cancer. Lorette was able to overcome the disease twice, which provided her and Frank serveral more meaningful years together. The final fight with cancer proved too difficult to overcome. Lorette's wish to be with her loved ones, Frank and family, at the end was fulfilled. She passed peacefully, maintaining the same dignity, grace, and courage she had shown throughout life. Lorette is survived by her devoted husband Frank Simcic, her two children Peter Boissonneau of Florida and Diane (Robert) Francini of New Britain, her siblings Roland Leclerc, Adrien (Rita) Leclerc and Monique (Leclerc) Ferris. She was predeceased by her brother Claude Leclerc and her step-son Francis Simcic Jr. She also leaves her sister-in-law Anna Marie Simcic and step daughter Katherine Simcic, and grandchildren: Stacey Gioia; Andrew (Sarah) Boissonneau; Peter J. Boissonneau; Lauren (Peter) Black; Ashley (Chris) Zaugg; and Cole Simcic. In addition, she leaves 8 great grandchildren, a great, great grandchild and numerous neices and nephews. The famly wants to give a very special thanks to Jim Loshkeff of Florida for all his support and caring and to Gabriella for helping us make mom comfortable during her final days. Funeral services will be held Wednesday, July 1, 2020 with a Mass of Christian Burial at 11:30 AM at Annunciation Parish (Holy Spirit Church), 183 Church Street, Newington, CT. Masks and social distancing practices will be in place. Burial will be private. In lieu of flowers, donations may be made to St. Jude's Hospital, 262 Danny Thomas Pl, Memphis, TN 38105.
To plant a beautiful memorial tree in memory of Lorette Simcic, please visit our Tree Store
Wednesday
1
July

All guest are required to wear a mask.
Online Memory & Photo Sharing Event
Online Event
About this Event