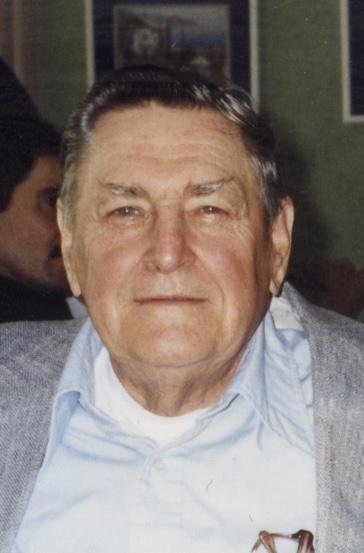 Please share a memory of William to include in a keepsake book for family and friends.
View Tribute Book
On Tuesday May 26th, 2020 William Hill, a loving husband, father, and grandfather died at the age of 89 at Southington Care facility in Southington, CT. Born on September 22nd, 1930, to John and Edith Hill in Bristol, CT. He married the love of his life Madeline (LeHoux) Hill on September 29th, 1951, and they raised their 4 children in their home in Plainville, CT. William joined the army in 1948 and was a proud Korean War Veteran. William went on to work for General Motors when he returned from the army until his retirement. Once retired, he enjoyed traveling with Madeline. They loved to cruise, and even took the trip of a lifetime across the United States. William was an excellent gardener and had a huge garden in which he proudly grew anything from peas to pumpkins. He also loved to watch sports both live and on the television. He enjoyed going to the New Britain Rock Cat games, watching UCONN basketball in the winter and watching the New York Yankees in the Spring/Summer. But there was nothing more that William liked to do than be with his family, watch his children, grandchildren, and great grandchildren grow. His face would light up any time they came to visit. William, whose wife Madeline passed away thirty-two days after him, is survived by their 4 children, Marian and Tim Reid of Glastonbury, Joanne and Tom Powers of Berlin, William and Paige Hill of Southington, and Judy and Paul Tranchina of South Windsor. He is also survived by his 8 grandchildren, and 4 great grandchildren, and was preceded in death by his grandson, Christopher Reid. William is remembered by his family as a hardworking, loving, adventurous individual, with a green thumb, and who was proud of his family. Family and friends are invited to celebrate the lives of William & Madeline at their Mass of Christian Burial at 10:00am on Wednesday July 15th at St. Paul’s Church 485 Alling St. Berlin. He will be laid to rest privately with Military Honors in Wilcox Cemetery, East Berlin. There are no calling hours. In lieu of flowers donations may be made to a charity of your choice.
To plant a beautiful memorial tree in memory of William Hill, please visit our Tree Store
Wednesday
15
July

He will be laid to rest privately with Military Honors.
Online Memory & Photo Sharing Event
Online Event
About this Event