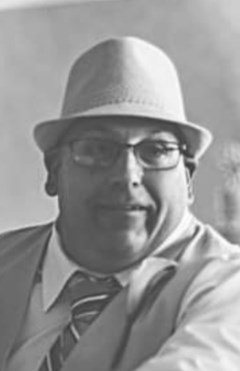 Please share a memory of Stephen to include in a keepsake book for family and friends.
View Tribute Book
Stephen Rudolewicz, 61, died Sunday April 26, 2020, at the Hospital of Central CT in New Britain. Born in New Britain, he was the son of the late Stanley and Loretta (Degnan) Rudolewicz. A long time employee of Venture Logistics, he was also known to love the outdoors and was an avid hunter and fisherman. His greatest joy was spending time with his grandchildren. Stephen is survived by his daughter Nicole and her husband Benjamin Masucci of East Stroudsburg, PA, his sister, Donna Sanford of Deep River, 5 grandchildren Michael, Quentin, Emily, Nathaniel and Blake and several nieces and nephews. He was predeceased by two brothers and a sister, Joseph Rudolewicz, Stanley (Butch) Rudolewicz, and Irene Raymond. Due to the Covid – 19 situation, services for Stephen will be held at a later date. In lieu of flowers, donations may be made to the Wounded Warriors Project, P.O. Box 758516, Topeka, KS 66675-8516.
To plant a beautiful memorial tree in memory of Stephen Rudolewicz, please visit our Tree Store

Due to Covid-19 services will be held at a later date.
Online Memory & Photo Sharing Event
Online Event
About this Event