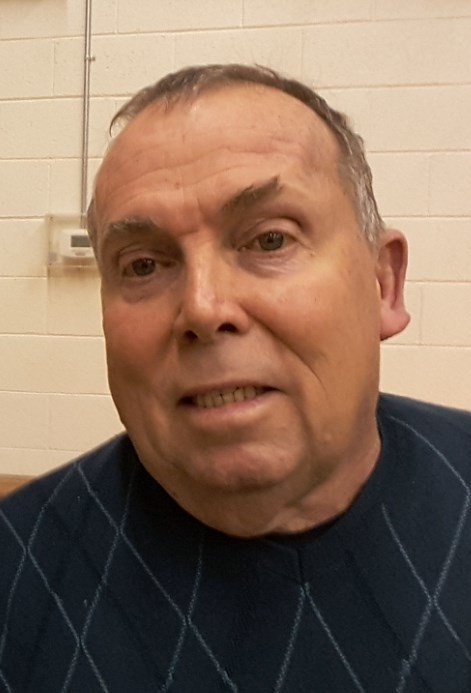 Stanley (Butch) P. Rudolewicz, 72, of Southington, died Wednesday (Nov. 27, 2019) at home. Born and raised in New Britain, the son of the late Stanley and Loretta (Degan) Rudolewicz, he was a Southington resident for the last 32 years.  He served in the U.S. Navy during the Viet Nam War. He was a 1965 graduate of EC Goodwin Tech and became a Master Electrician with IBEW Local 90 and retired from Eversource (NorthEast Utilities) in 2014.

Stan is survived by his wife of 51 years, Ann (Lattarulo) Rudolewicz; two daughters, Michelle and her husband, Keith Wieczorek of Berlin and Tammy and her husband, Daren Lamb of Plainville; three grandchildren Matthew Wieczorek, Jillian Lamb, and Hailey  Wieczorek. He is also survived by his sister Donna Sanford of Deep River and brother Stephen Rudolewicz of New Britain, sisters and brother-in-laws, Robert Raymond of Deep River, Catherine Osden of Southington, Diane and Bob Tufano of Newington, Lynn Lattarulo of Berlin, Steven and Valeria Lattarulo of Berlin and several nieces and nephews. He was predeceased by a sister Irene Raymond and a brother Joseph Rudolewicz.

Stan loved the outdoors and spending time in his gigantic vegetable garden, including his prized heirloom tomatoes. He was an avid fisherman and passed his passion onto his grandchildren who became favorite fishing partners. Most of all he loved spending time in his yard, with his two rescue dogs, Gracie and Sadie. Meticulously grooming his yard and flower gardens. He served as Vice President of the North Haven Association for many years and served on the Executive Board for 23 years.

Funeral services will be held Tuesday (Dec. 3, 2019) 9:00 AM from the Farrell Funeral Home 110 Franklin Sq. New Britain, with a Mass of Christian Burial at 10:00 AM at Divine Providence Parish (St. Joseph’s Church) 195 So. Main St. New Britain. Burial with Military Honors will follow in St. Mary Cemetery, New Britain. Visitation will be Monday from 4:00 to 7:00 PM at the funeral home.

In lieu of flowers, donations may be made to Divine Providence Parish, 195 So. Main St, New Britain, CT  06051 or to The Cancer Center of Central Connecticut 201 No. Mountain Road Plainville, CT  06062.

To send flowers to the family or plant a tree in memory of Stanley Rudolewicz, Jr., please visit Tribute Store
Monday
2
December