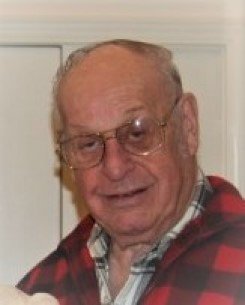 Edward  Leiner, 91,  of New Britain, died Wednesday (Nov. 20, 2019) in New Hampshire. Born in New Britain, he was the son of the late Anton and Johanna (Binder) Leiner. He was employed for 15 years at Fafnir Bearing and retired after many years at United Aircraft in Middletown in 1990. He was a member of the Austrian Donau Club and the Moose Club.

To send flowers to the family or plant a tree in memory of Edward Leiner, please visit Tribute Store
Sunday
24
November