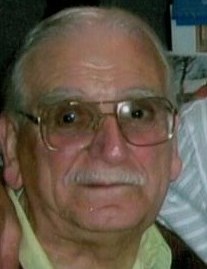 Utemi W. “Tim, Timmie” Moscatelli, 92, of New Britain, died Saturday (August 31, 2019) at the Summit at Plantsville. He was born on March 15, 1927, the son of the late Minnie (Roscia) Moscatelli and the late Alvesi Moscatelli.  He attended St. Thomas Seminary and later joined the U.S. Army during the Korean Conflict. During his career, he was an accountant at the National Welding in Newington, CT, retiring in 1992. A longtime member of St. Mary’s  Church, he served as a lector for many years.

Funeral services will be held Saturday ( Sept. 7, 2019) with a Mass of Christian Burial at 11:00 AM at St. Joachim Parish (St. Mary Church)  544  Main St. New Britain. Burial will follow in St. Mary Cemetery, New Britain. Visitation will be Saturday from 10:00 AM until the time of the Mass at the Farrell Funeral Home 110 Franklin Sq. New Britain.

To send flowers to the family or plant a tree in memory of Utemi Moscatelli, please visit Tribute Store
Saturday
7
September