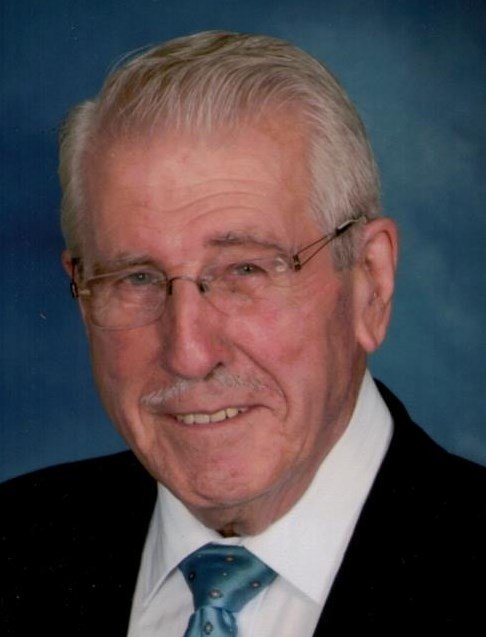 Aime J. Brochu 91, of Kensington CT and The Villages Florida, passed away on Friday June 14, surrounded by his family. Born on Oct. 17, 1927 in New Britain CT, he was the son of the late Alfred and Yvonne (Turcotte) Brochu. He was married to Rita (Rouleau) Brochu for 65 years and had two children Robert Brochu and his wife, Carol, Jane Sorbo and her husband, Fred.  He also leaves grandchildren Jennifer Chase and husband Michael, David Brochu and wife Kelli,  Aimee Sorbo, Rick Sorbo and his wife Kirsten as well as 6 great grandchildren, his brother Fern and his wife, Laura Brochu of East Berlin; brother in-laws and sister in-laws, cousins and many nieces and nephews.

While living most of his life in New Britain and Kensington, Aime resided in the Villages since 2003, for seven months of the year.

Aime attended St. Joseph’s School in New Britain, New Britain High School and Berlin High School. After high school, he entered the Army and served during World War II. He graduated from the Hartford School of Accounting and provided accounting services. He was an enrolled agent with the IRS. He worked for the City of New Britain for 32 years starting as an accountant for the Redevelopment Commission, became Deputy Director and ultimately Executive Director of the Agency.

Aime was a member and president of several social organizations, including: the St. Jean the Baptist Society, Franco American War Veterans (former National Commander) the French Businessman’s Association, Franco American Scholarship Fund chairman for 35 years. After retirement, he was elected to the Common Council for 8 years and served as Majority Leader.

Funeral services will be held Tuesday (June 18, 2019) 9:00AM from the Farrell Funeral Home 110 Franklin Sq. New Britain, with a Mass of Christian Burial at 10:00 AM at St. Paul’s Church, 485 Alling Street Kensington, CT. Entombment with Military Honors will follow in St. Mary Cemetery Mausoleum, New Britain. Visitation will be Monday from 4:00 to 7:00 PM at the funeral home. In lieu of flowers, donations may be made to The Epilepsy Foundation of Connecticut 386 Main St. Middletown, CT 06457-3360 or to a charity of the donor’s choice.

To send flowers to the family or plant a tree in memory of Aime Brochu, please visit Tribute Store
Monday
17
June