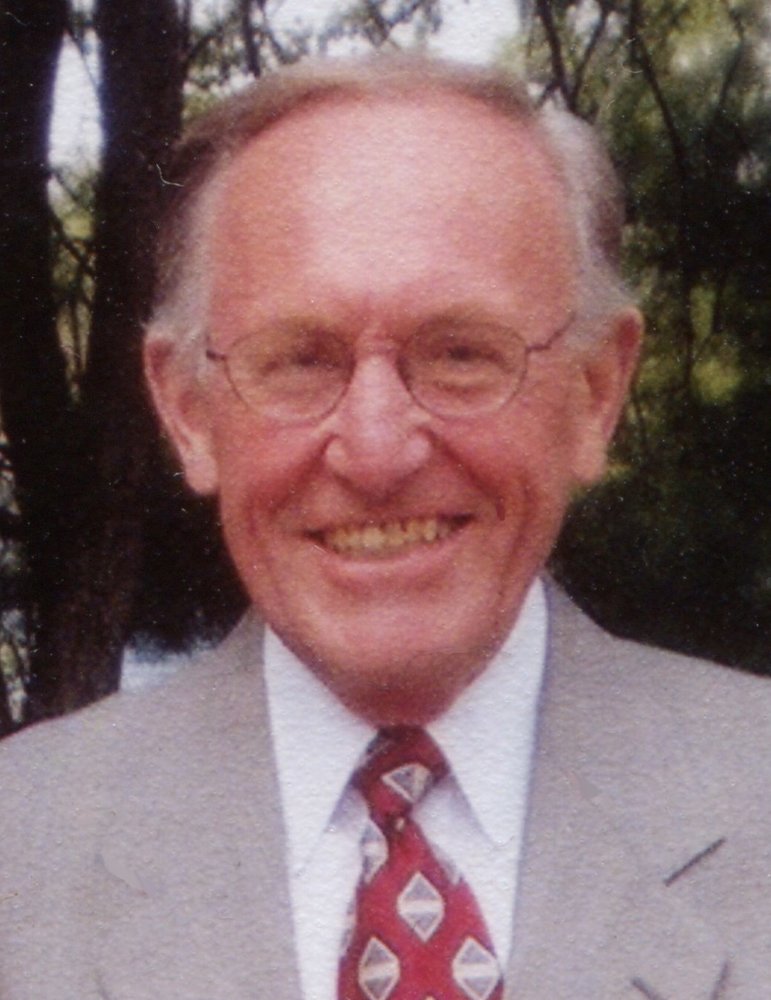 John (Johannes) Macke, 86, previously of Newington and St. Augustine, FL, passed away on Dec. 20 at the Gill Oddfellows Home in Ludlow, VT. John was born on February 20, 1932, in Visbek, Germany, the son of the late Berhnard and Wilhelmine (Thole) Macke. A masterful tailor by trade, he attended school in Germany before emigrating to the U.S. in 1955. He met his beautiful wife, Mary (Mathy), while on leave from the U.S. Navy, where he was a sailor aboard the U.S.S. Tarawa. Starting out in New Britain, they later settled in Newington, in the beautiful house and home they built together. They celebrated 50 years of marriage before Mary's passing in 2008. John's lifelong career was in men's traditional fashion. He worked in the clothing business in New York, before joining Slossberg's in Hartford, CT, and then opening his own store, Macke's Ltd., in East Hartford, CT. He later worked for more than 20 years at Luettgen's Ltd., in the Hartford Civic Center, where he was renowned for his impeccable taste, and knowing exactly what suited his loyal customers. He also was a member and past officer of the Austrian Donau Club in New Britain, where he and Mary loved to be with their lifelong friends, singing and dancing, which they did so very well. John is survived by his children, Anita Macke of St. Augustine, FL, Bruce Macke and his wife, Diana, of Kensington, CT, Joann Wilson and her husband, Stephen, of Ludlow, VT, and Wayne Macke and his wife, Sybille, of Ellington, CT; his adored grandchildren, Michael and his wife, Samantha, Madison and Thomas; and Kim Palmer of St. Augustine, FL, whom he loved like a daughter. Also, he is survived by his sister, Wilma Thieme, and her husband, Al, his brother, Helmut Macke, and his wife, Agnes, his brother-in-law, Hermann Klostermann, and many beloved nieces and nephews here and abroad. He was predeceased by his brothers, Clemens Macke, Theodor Macke and Joseph Macke, and his sisters, Caroline Boske, Veronika Klostermann and baby Wilma Macke.

Memorial donations may be made to the Gill Oddfellows Home Activity Fund, 8 Gill Terrace, Ludlow, VT, 05149. The Gill Home staff always provided such great care, compassion and humor for their "Papa John,” known for his style and, especially, his funky socks. Friends and family, when you think of Papa John, don a pair of funky socks and smile. To send a condolence to the family, please visit www.FarrellFuneralHome.com.

To send flowers to the family or plant a tree in memory of John Macke, please visit Tribute Store
Thursday
27
December