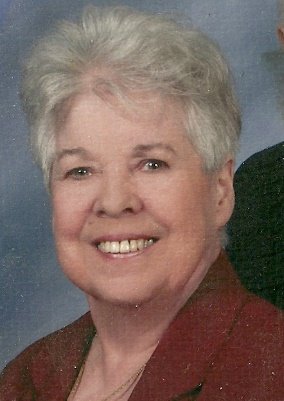 Theresa M. (Raymond) Kurasinski, 87, died peacefully on Tuesday, August 28, 2018 after a long illness. Her family came first in her thoughts and prayers, and she was surrounded by their love. Born in Fort Kent, ME, she was a long-time resident of Newington, CT where she faithfully attended daily mass at St. John the Evangelist Church until her health declined. Terry was proud of her work at New Britain General Hospital where she provided solace to many during her 23 years on the Hospice Unit.

One joy of Terry’s life was her marriage of 62 years to her devoted husband, Stanley Kurasienski. Even in illness she was always with a smile and responded to the question “How are you today” with the answer “I’m Good”.

Terry was predeceased by eight brothers and sisters.  She leaves three sisters: Simone Angelo, Trudy Boissonault and Lucy Madore. Her beloved children are Michael Kurasinski and his wife Elaine of Monson, Ma, and Victoria Kurasinski.

And the pets! As a close second to her family, Terry lavished time and attention on her many pets over the years who have been patiently waiting over the rainbow for a joyous reunion.

Funeral services will be Friday (Sept 7) starting from the Farrell Funeral Home 110 Franklin Square New Britain at 9am with a Mass of Christian Burial to be held at 10am at St. John the Evangelist Church, 655 East St. New Britain. Burial will be held privately. Visitation will be Thursday (Sept 6) from 4:00 – 7:00 PM at the funeral home. In lieu of flowers donation may be made to a charity of the donor’s choice.

To send flowers to the family or plant a tree in memory of Theresa Kurasinski, please visit Tribute Store
Thursday
6
September