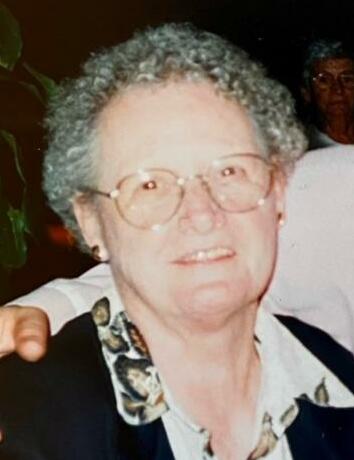 Grace Shirley (Gordon) Zapatka, 92, passed peacefully surrounded by her loving family on June 17, 2022. She was the daughter of the late Albert and AnnaMay (Newton) Gordon. Born on October 10, 1929, she was a lifelong resident of New Britain. After her Graduation from New Britain High School, she married Leonard Zapatka with whom she shared 72 years. She was Employed as a Supervisor at Southern New England Telephone Company from which she retired. As an active member of St. Jerome Church, and a recognized member of The Junior Womens Club she received many acknowledgements for her service and dedication. With a zest for life and avid traveler she visited 49 States, many countries in Europe, Canada, Asia & New Zealand along with sailing on numerous cruises. She loved playing golf, visiting with friends, and most importantly spending time with family, especially her grandsons. She was predeceased by her parents and sister Lois Backlund. She is survived by her husband, Leonard Zapatka, their sons, Thomas, his wife Dinah Zapatka of Savannah, Georgia; Timothy his wife Donna Zapatka of Plainville; Robert Zapatka and Laurie Nevells of Plainville, six treasured grandsons, Boyd, Craig, Samuel, Cory, Eric and Jarret along with several nieces and nephews. Funeral services will be held Thursday (June 23, 2022) at 11:00 AM at the Farrell Funeral Home 110 Franklin Sq. New Britain. Burial will follow in St. Mary Cemetery, New Britain. Visitation will be Wednesday from 5:00 to 7:00 PM at the funeral home. In lieu of flowers, donations may be made to the Alzheimer’s Association 200 Executive Blvd S #4b, Southington, CT 06489.