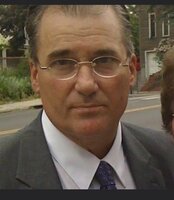 Joseph Balowski Sr. 63, of Berlin, husband of Marianne (Fischl) Balowski passed away peacefully after a short illness on Sunday, January 2, 2022. Joseph was the son of Rose Balowski and the late Joseph Balowski of Bristol. Joseph grew up in Bristol and was a 1976 graduate of Bristol Central High School and then he attended Central CT State University. He worked for over 40 years at Theis Precision Steel in Bristol before he retired in 2020. More than anything Joseph cherished his son Joseph Jr. and the close relationship they shared. Joseph and his son spent many hours playing baseball, golf and fishing. He loved Berlin Baseball and all the many friends he met along the way over the years. He is survived by his wife Marianne, his son Joseph Jr. and his son’s fiancé Tima Hollis of Berlin. Also, his mother Rose Balowski, brother David Balowski, mother-in-law Anna Fischl, brother and sister-in-law Frank and Sheila Fischl and many cousins, nieces and nephews. He was predeceased by his sister Marilyn Derohanian Shelto. Visitation for Joe will be Friday (Jan. 7, 2022) from 4:00 to 6:00 PM, with a Service at 6:00 PM at the Farrell Funeral Home 110 Franklin Sq. New Britain. Masks are required. Burial will be private. In lieu of flowers donations may be made to a charity of the donor’s choice.