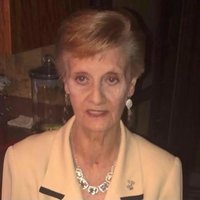 Theresa D. Parsons, 73, of New Britain, passed away peacefully at home on July 14, 2021. Born in Vermont, she was the daughter of the late Roger Jewett and Theresa (Hughes) Galasyn. Theresa was a lifelong resident and attended local schools. She was self-employed for many years owning her own cleaning business and had a love of gardening. Theresa is survived by her son Kevin Heath and his wife Michelle along with 6 grandchildren Chad(Karolina), Dylan(Ankita), Megan, Shawn, Bryanna, Brooke, and Four Great-Grandsons who she adored Kayden, Connor, Maxx, Chandler. She is also survived by a sister Kathy and her brothers Butch, William, Joseph. She leaves nieces and nephews, cousins and friends. Theresa was predeceased by her sister Betty, her soulmate in life Michael Parsons, son Bryan Heath, and daughter Kimberly Heath Johnson. Funeral Service & Burial for Theresa will be held on Tuesday (July 27th) at 11:15AM at St. Mary’s Cemetery 1141 Stanley Street New Britain. Friends and family are invited to a visitation from 10 – 11:00 AM at the Farrell Funeral Home 110 Franklin Sq. In lieu of flowers donations may be made to New Britain Police Explorers 10 Chestnut St. New Britain, CT 06051.