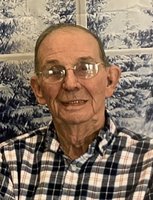 John E. “Jack” O’Neill, 92, formerly of New Britain, died Monday June 28, 2021. Born in Norwalk, CT, Jack was predeceased by his wife Marita (Murphy) O'Neill. Together they lived and raised their family in New Britain. He completed his undergraduate studies at St. Mary’s Seminary and served in the U.S. Army in Korea. He returned to begin a long and successful career as an educator. He earned a Graduate Degree in Education from Central Connecticut State University. He completed graduate work at the University of Connecticut in School Psychology. He taught Latin at Avon High School for 10 years and served as a school Psychologist with the Bristol School District for 24 years. In retirement, he worked part time for the University of New Haven as a Supervisor of Teacher Interns and Student Teachers. Jack’s priorities in life were his family, his church and his profession. Mr. O’Neill is survived by his children: Mary Kate and her husband, Steve Sigmon of West Hartford, Peggy and her husband Tom Cugno of Berlin, Patty and her husband, Larry Tomascak of Berlin, and Joe and his wife, Lisa O’Neill of Haverhill, MA; his grandchildren John Sigmon, Michael and his wife Elizabeth Sigmon, Kara Sigmon, Stacey and her husband, Pete Pavasaris, Craig Cugno, Tessa Cugno, and Jack and Ben Tomascak; two great grandchildren, Jacob and Emma Pavasaris and several nieces and nephews. The family would like to especially thank Maria and the staff at Pilgrim Manor and Covenant Living of Cromwell for their care. Family and friends are invited to a Mass of Christian Burial Wednesday (July 7, 2021) at 11:00 AM at St. John’s Church, 5 St. John’s Court Cromwell. Burial will be Wednesday at 1:00 P.M. at the State Veteran’s Cemetery, Bow Lane, Middletown. Visitation will be Tuesday from 4:00 to 7:00 PM at the Farrell Funeral Home 110 Franklin Square New Britain. In lieu of flowers, donations may be made to Catholic Relief Services, 228 W. Lexington St., Baltimore, MD 21201.