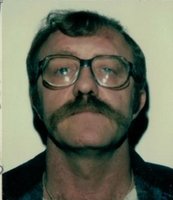 Ronald J. Platt, 74, of New Britain passed away peacefully Monday night at Touchpoints of Farmington. Born in England, his parents the late Harry and Lucy (Grice) Platt. Mr. Platt moved to Connecticut with his family at the age of 9. He graduated from Hartford Public High School and then settled in New Britain. He was employed at Pratt & Whitney in the maintenance division specializing in carpentry. He had a love for animals and had many champion dogs.

Mr. Platt is survived by his siblings a brother Ret. Command Sgt. Major Leslie Platt and his wife Diane of Stafford Springs, a sister Mary Markowski of New Britain; along with several nieces and nephews in the US, UK and abroad. He was predeceased by his brothers John and Derrick and a sister Agnes “Nancy” Martin.

Funeral services will be held Friday (May 24th) with a visitation from 8:30 – 9:30 AM at the Farrell Funeral Home 110 Franklin Sq. New Britain and a Mass of Christian Burial will follow at St. Katharine Drexel Church (St. Jerome Parish) 1010 Slater Rd. New Britain at 10:00 AM. Burial will be held private in Mount St. Benedict at a later time. In lieu of flowers donations may be made to the American Diabetes Association 2451 Crystal Drive, Suite 900 Arlington, VA 22202.